Well, it has been an awfully long time since I have written anything for my opinion column, and quite frankly, did anything really constructive. It was a shitty year for me personally, and I kind of lost my desire to write. As cliche as this sounds…new year, new leaf…right? I’m not hear to bitch about my life. I’m here to provide you with my thoughts and opinions. In 2017, the world seemed to be on fire (literally, and figuratively). Political chaos, disasters, and man-made tragedy seemed to rule the calendar in 2017, but as it seems to do, this rock we live on just kept turning. Not everything was bad over the past three hundred and sixty five days. So to ease myself back into the pool, I present to you something lite and arbitrary; my favorite things that happened in 2017. These are in no particular order.

Queens of the Stone Age Release New Album – On August 26th, QOTSA released their seventh studio album Villains. At first I was not convinced that I would love this effort. It was pop’d up and polished, and seemed to lack the grit and darkness that has made Queens my go to band. Then I realized that the new album is just the latest personality in a band that has been constantly transforming since their inception. There is a swagger involved now, and Joshua Homme flexes his muscles on every aspect of the album. Not my favorite QOTSA album, but it is still better than 98% percent of the mainstream garbage you hear nowadays. Best songs – Feet Don’t Feel Me Now, The Evil Has Landed.

An Enjoyable Year At The Cinema – Something I did do in 2017 was see a lot of films. I would say I went to see movies once a week, sometimes more. The movie theater is really the only time I can truly shut my brain off, so I enjoy that time. Here is my good and bad lists for 2017. 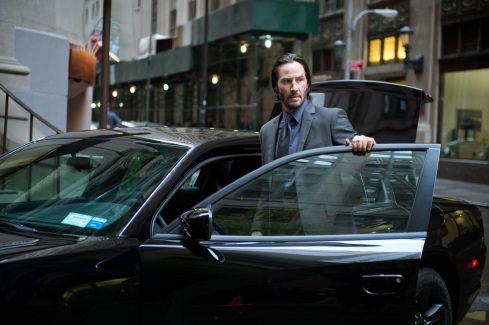 Wind River – Based on true events. Gritty thriller was a pleasant surprise.

The Disaster Artist – The movie about making a movie. The most I laughed all year.

The Shape Of Water – A romance, a spy thriller, a monster movie, and science fiction all rolled into one. Michael Shannon is damn brilliant.

Get Out – Really cool concept, and very gritty.

Pirates Of The Caribbean: Dead Men Tell No Tales – A very tired franchise. Seems like the same movie with each sequel.

It – Not a terrible movie, just very over-hyped. Disappointingly average.

Kingsmen: The Golden Circle – Pales in comparison to the first Kingsmen film. Predictable.

The Snowman – So much promise, but falls so flat on it’s face. Everyone in Norway has an English accent.

Leatherface – The “prequel” to the original 1973 Texas Chainsaw Massacre. I found it unwatchable after an hour.

Star Wars: The Last Jedi – I hate putting a Star Wars film on a list like this. Not a bad film as far as regular films go, but not a great Star Wars film. Too much going on, too long, and a lot of unnecessary scenes. I didn’t hate it, but I also did not love it.

Mother! – This movie is a mind fuck. Two months later and I still cannot process it. It was polarizing. 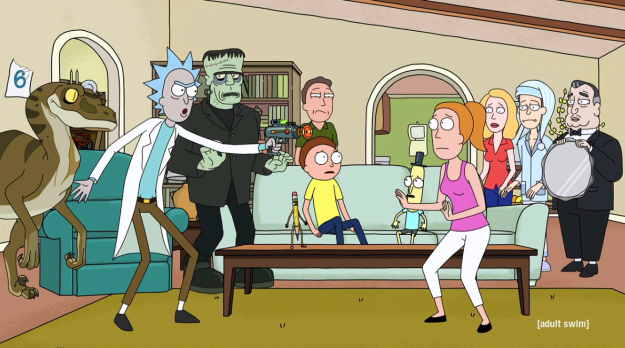 Discovering Rick And Morty – It took me a couple of years to catch on, but I finally watched an episode of Rick and Morty. The animated serious about a brilliant, drunk scientist Rick Sanchez and his dullard, gullible grandson Morty who regularly save the planet earth from a variety of hilarious threats. The writing for this series is brilliant, and has so many memorable characters, it is hard to pick my favorite. There is three seasons at ten episodes each so far. NOT NEARLY ENOUGH! Friends, if you have not watched this masterpiece of humor, go now. Hurry. 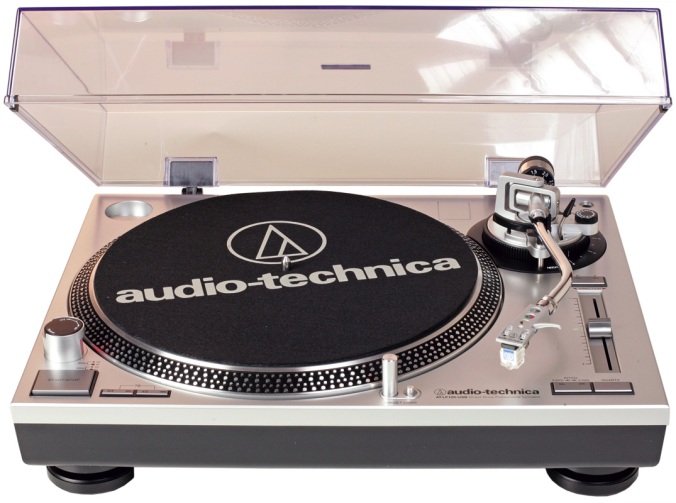 My New Turntable – That is correct. My new turntable made the list. It is an Audio Technica AT LP-120. I love this thing. My record collection probably grew by thirty percent in 2017, so I figured why not listen with a turntable that kicks ass. The sound quality is amazing, and what else matters in life? 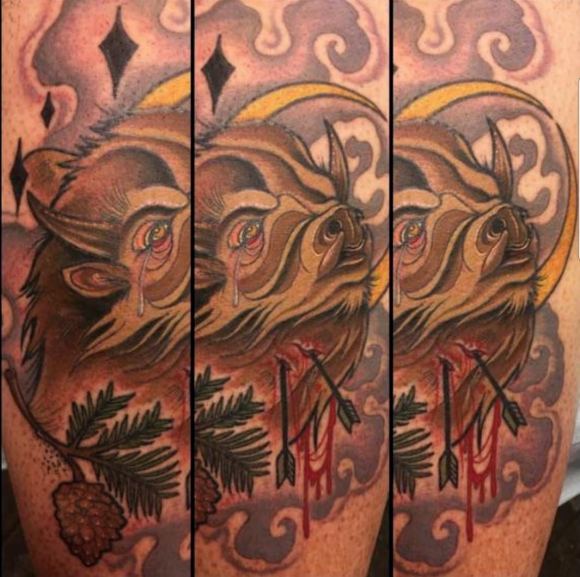 The Dying Buffalo – I got a new tattoo this summer, and it is magnificent. It covers most of my shin. I chose the Buffalo because that is the animal I identify with most. Large, strong, and peaceful. The arrows and tears are just a dramatic touch, but as I think about it, perhaps it symbolizes the struggle that 2017 was. Check out the artists work on Instagram – @missmelissatattooer . 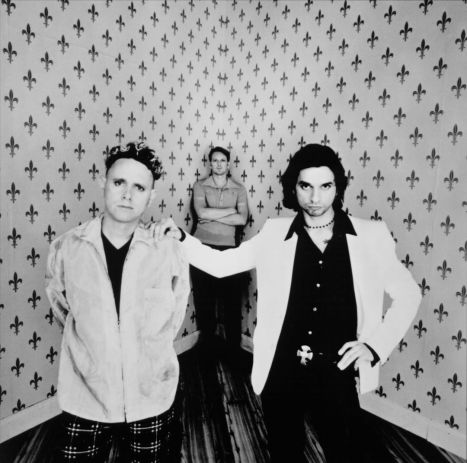 Depeche Mode Trip – In late October, two friends and I traveled to Edmonton to see legendary electronic band Depeche Mode. The last time I saw them was in the summer of 1990 when I was fifteen years old. It was fun and nostalgic, and I look forward to my next musical road trip. 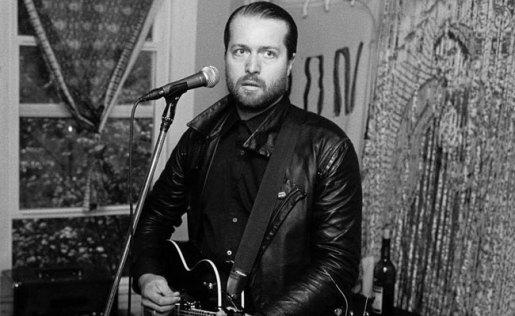 Discovering Great Music – In 2017 I discovered a lot of great artists that I didn’t really know about of didn’t really listen to in the past. Mining music is one of my favorite things in this world. I am also a strong supporter or the featureon Spotify “Related Artists”. Sometimes I fall down that rabbit hole for hours. Some of the new stuff I found this year included: King Dude, The Crazy World of Arthur Brown, Death By June, Anatomy Of The Bear, Godspeed You Black Emperor, Sigor Ros, Alcest, Gone Is Gone, Witch, Red Fang, Black Mountain, Crystal Fairy, and so many more.

Photography – Over the last year I did a little messing around with my cameras, as well as editing the photos I took. I think I am developing quite an eye for producing good imagery. This is something I absolutely enjoy, and plan to continue nurturing going forward. If you care to browse some of my work, check out my Instagram – @how,heavy.this.axe

And I also had a part in this.

Typically, I don’t really care about New Years, and resolutions. To be honest, I am very glad this year is over. I can reset and focus on things that bring me happiness and make me content as opposed to dwelling on negative and stressful things. Until this year, I did not know how anxiety felt. I experienced it, and I am not a fan. This year calls for enlightenment, learning, creativity and love. To be perfectly blunt, I am going to make 2018 my bitch. Beast Mode.

Thanks for stopping by. Cheers.