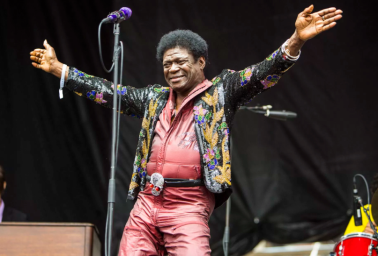 Charles Bradley – Strictly Reserved for You (from the album Victim of Love, 2013) A former James Brown impersonator named “Black Velvet”, Charles Bradley did not achieve a good level of success and notoriety until later in life. For my money, he is second only to James Brown as far as male soul performers go. I discovered his music a few years back in a record store. His LP Victim of Love was being played on the turntable and I instantly knew it was special. Bradley’s voice is soulful, but has a shade of pain and experience within. His longtime backing band, The Menahan Street Band, perfectly compliment the singer’s vocalizations.

As I write this, I have found out that Charles Bradley succumbed to cancer and passed away in September 2017 at the age of sixty-eight. The world was just discovering the man’s talents. Rest in peace, Black Velvet.