Today’s Daily Tonality is brought to you by the radio at work. I heard this song and thought it was perfect for song of the day. 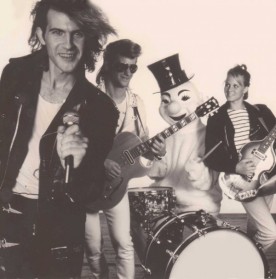 Men Without Hats – Pop Goes The World (from the album Pop Goes The World, 1987) Men Without Hats are a Canadian synth-pop based band which formed late in 1979, in Montreal. This is one of those bands that instantly take me back to a time when I was a young kid, just starting to develop my taste in music and appreciate radio. This is a happy sounding song that immediately gets stuck in your head. So for nostalgia sake, have a listen, get it stuck on repeat in your brain, and have a good time. Don’t say I never did anything for you.

Little Fact – The name of the band came from the band members’ refusal to wear warm hats during winter, choosing style over comfort. Thus we have Men Without Hats. 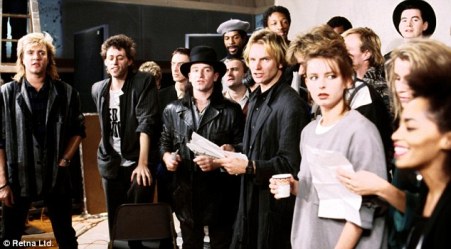 Band Aid – Do They Know It’s Christmas? (from the single Do They Know It’s Christmas, 1984 Phonogram/Columbia) Some of the biggest acts in the United Kingdom got together in 1984 to raise money for famine relief in Africa. Contributors from bands like U2, Boomtown Rats, WHAM!, Duran Duran, The Police, Bananarama, Spandau Ballet, and Culture Club contributed to the song, which managed to bring in over ten million dollars during it’s first year of release. This song started a wave of celebrity collaborations and events to aid causes and charities all over the world. It may not be a traditional Christmas song, and may not be the most amazing song ever recorded, but it had heart, and all the right intentions. It’s crazy to think that this song is thirty years old. The cause is still going strong today with @BandAid30 . 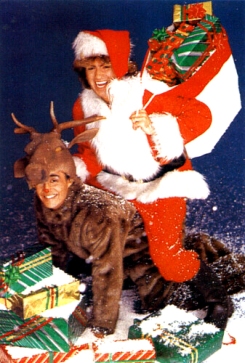 Wham! – Last Christmas (from the album Music From the Edge of Heaven, 1984 Columbia Epic) Often imitated, but never duplicated, this song will get stuck in your head the moment you hear it. George Michael may not be perfect, but he is a hell of a song writer. In all honesty, the first time I watched the video was today just prior to writing this. Is it just me, or is it like a four minute Wrigley chewing gum commercial with Mr. Michael’s hairdo the main star? Christmas means different things to different folks, but to Wham!, it means ski trips, cozy sweaters, and romance. There is a lesson to be learned here; don’t give your heart to just anyone this Christmas. Please, give it to someone special.