Bison BC – Primal Emptiness of Outer Space (from the album Quiet Earth, Metal Blade 2008) From Vancouver comes Bison BC, with sludgy riffs and aggressive vocals that make you bang your head, whether you want to or not. Along with fellow Vancouver band 3 Inches of Blood and Anciients, Bison give Canada a reason to believe that metal is alive and well. One of the better live bands I’ve seen, these beer drinking metal dudes love to put on a good show. 3 Inches of Blood guitar player Shane Clark has recently taken over bass duties from the departed Masa Anzai, but that won’t slow this fierce beast from spreading their doom across the land. 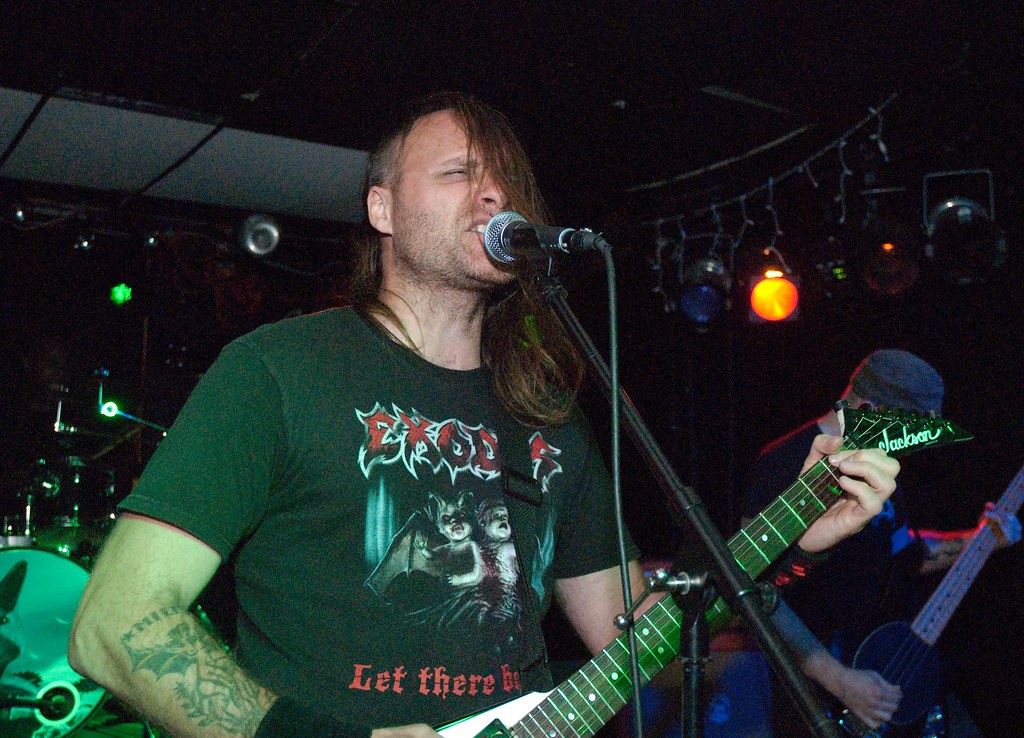 Early Man – Beware the Circling Fin (from the EP Beware the Circling Fin, 2008 The End Records) Thrash is alive and well today, thanks to a handful of metal bands. Early Man are one of these bands, led by singer/guitar player Mike Conte. Although it seems like a constant revolving door of drummers and bass players, Conte is the engine that drives this band. The riff from Beware the Circling Fin chugs along like a train, and Conte’s Judas Priest inspired singing style is a force of nature. I have seen Early Man play a couple times, and I was not disappointed. My friend Earl was almost a casualty of an out-of-hand mosh circle the last time we saw the band. Please check out these California thrashers. I guarantee they will have your head bobbing.

Mastodon – Blood and Thunder (from the album Leviathan, Relapse 2004) One of my all time favorite bands, which I have seen live five times. Blood and Thunder is exactly that; a storm of guitar, drums, and signature Mastodon vocals. The album Leviathan is a “concept” album, based on Herman Melville‘s literary classic Moby Dick (I’ve even read it!).  I absolutely love this album, as it was my introduction to Mastodon. Brent Hinds and Bill Kelliher are amazing guitar players, and make a formidable team. The video is pretty kick-ass as well.

Cool Fact – Rolling Stone magazine stated: “Mastodon are the greatest metal band of their generation — no one else comes close.”

Pretty accurate assessment if you ask me!

Pantera – Revolution Is My Name (from the album Reinventing The Steele, EastWest 2000)  Absolutely one of the most revered metal bands in the history of music, and one of the most tragic at the same time. When these guys were at their apex, no one could touch them. Dimebag Darrell Abbot was heavy metal, and one of the best guitar players of the modern era of metal. I firmly believe that if Dime were alive today, the members of Pantera would have buried the hatchet and made some new music. I was lucky enough to travel to Vancouver in 1996 to see Pantera with White Zombie. It was one of the loudest shows, and best times I have had in my life. Where ever Dimebag is, I hope he is making ears bleed. Turn this one up!