Today’s Daily Tonality is brought to you by Ice T…because he’s certified dope. 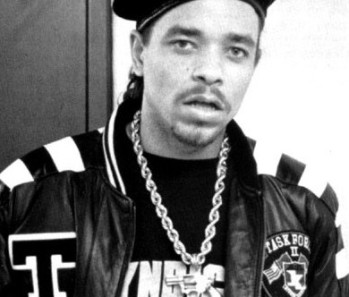 Ice T – O.G. Original Gangster (from the album Original Gangster, 1991) In the world of hip hop, a lot of M.C.‘s claim this, and claim that, and brag and boast about how they are the hardest. In 1991, Ice T made a claim that he is the Original Gangster. Guess what! Damn right he is. When I was eleven, my boy Keithy came over with a cassette he acquired. It was called Power, and it was a rap album by Ice T. This cassette changed us. We heard some things on this tape that we never heard before. One song in particular, L.G.B.N.A.F. (Let’s Get Butt Naked And F**K), captivated us. It was as if learned a life lesson or something. That was my introduction to what it was to be Gangster. From hip hop, to his metal band Body Count, to acting on Law and Order: Special Victims Unit for nineteen years, Ice T has made a living out of being a B.M.F. I recently listened to a podcast featuring Ice as a guest, and he said something pretty cool. He said “you don’t guide life, you ride life”. Words to live by.

Tom Waits – What’s He Building? (from the album Mule Variations, 1999 – For my money, Tom Waits is the most unique singer/songwriter ever. His voice, gravelly and gruff, is unmistakable. His style cannot be categorized. Mr. Waits does not make an album because the “label” tells him to. He does not release a single because he needs money. You will not find any fluff or filler in his catalogue (which spans from the early 1970’s to present). Mule Variations is easily my favorite Waits album. It is a great mix of folk and weird. I could have picked any track for song of the day, but Spotify chose What’s He Building for us. This isn’t really and song in the traditional sense, but it is Tom Waits, so it is good.

Little Fact – Not really a fact, but a bonus video of one of Tom Waits memorable appearances on The Late Show with David Letterman.

Alice In Chains – Rooster (from the album Dirt, 1992) Damn, AIC was a great band back in the day. I am not saying they are bad now, I’m just saying. This song, and album for that fact, reminds me of high school and rolling around in my friend Paul’s Buick Skylark. For me, besides Nirvana, Alice In Chains epitomized Grunge music during that whole Seattle invasion thing. The video is pretty rad as well.

When I first heard that Iggy Pop was releasing a new record, I was glad to hear it. When I heard that it was a collaboration with Joshua Homme (front man and ring leader of my favorite band Queens of the Stone Age), I had to make sure I read the article right. This is a dream team for me. Homme also produced the record, and it turned out magnificent. In a world where rock n roll has taken a backseat to most garbage they play on the radio, the Queens of the Stone Age genius is doing his best to give it CPR and bring it back to life. Iggy Pop is relevant again. Not because he is a punk rock legend, but because he has made a beautiful album. Like most artists of his generation, Iggy Pop is not a novelty act. He is an artist that still records music that is influential. If this is his last record (we certainly hope it is not), he is going out on top of his game. From The Stooges, to The Idiot, to Skull Ring, Post Pop Depression makes a perfect bookend to Iggy`s legacy. American Valhalla is my favorite track on the album, and I hope you enjoy it as well. 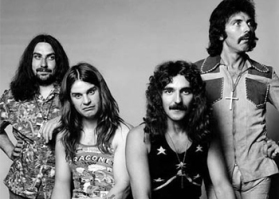 Black Sabbath – Hole in the Sky (from the album Sabotage, 1975 Vertigo/Warner Bros.) The inventors of doom were in town last night, and I missed them. I saw them a few years ago, but it still would have been great to witness Black Sabbath one last time. The band is one of the main reasons I play guitar and listen to heavy music to this day. Tony Iommi, in my eyes, invented doom metal on his Gibson SG. From Ozzy to Dio and in between, Black Sabbath went about their business and changed rock n roll.

Sabbath Factoid: The title of their sixth album Sabotage was named as such because the band were entangled in a legal battle with former management. According to Iommi, the band felt as if were being “sabotaged all the way along the line and getting punched from all sides“. This lead to the album having a heavier, more aggressive sound.

The Doors – 5 To 1 (from the album Waiting For The Sun, Elektra 1968) I may have been seventeen or eighteen when I read No One Here Gets Out Alive; the Danny Sugerman and Jerry Hopkins penned biography on the influential and polarizing Jim Morrison. Myself and a bunch of my friends were heavily into The Doors for a couple years, and the book was my bible for that period of time. I thought “if Morrison can do it, so can I”. There is remains a spot in my heart for this legendary group, and I still look upon the magnetic Jim Morrison as a hero. 5 To 1 is one of my absolute favorites of The Doors. I hope kids of this era are still discovering the bands that I discovered twenty or so years ago. It sure would be nice to get together, one more time.

For an amazing read on enigmatic Rock star, please check out No One Here Gets Out Alive.

Wikipedia – No One Here Gets Out Alive 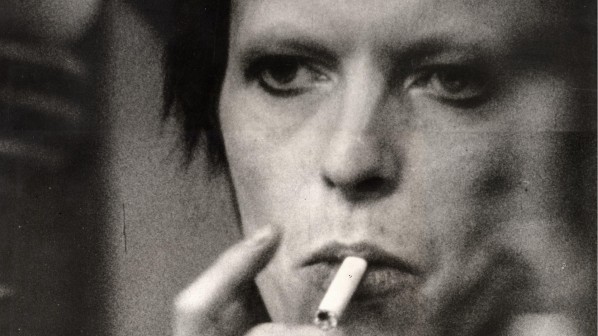 I was maybe six or seven years old when I came across David’s Let’s Dance cassette in my aunt’s collection. The name was familiar, but I was a little kid, and had no clue what his music was about. I listened to that cassette, continuously rewinding to hear the title song over and over. To a kid in the early 1980’s, music was Michael Jackson, Prince, Cyndi Lauper and such. I loved all of those performers, but now I am in my thirties (standing with one foot over the line that is forty). I still love M.J. and Prince, but Bowie is the only one who has been a constant influence in my love and creation of music. He could change his style in an instant, and still be relevant and classy. For parts of five decades, he was and will continue to be admired, in the highest regard, by anyone who can recognize talent and charisma. I was honored and blown away by the opportunity to see him perform in 2004. At sixty years old, he commanded the stage and captivated the crowd every moment. Men half his age can only dream of having the appeal and mystique of Mr. Bowie. He went by many personas over the years; The Thin White Duke, Ziggy Stardust, Aladdin Sane, Jareth The Goblin King (Labyrinth), actor, painter, and musician. To me, he is all of these things, in addition to one more persona; Hero. I am grateful to have shared the same time and space with a man who transcended life and was not afraid to be different.

Hot tramp, I love you so.

Paul McCartney – Wonderful Christmastime (from the single Wonderful Christmas Time, 1979 Parlophone / Columbia) An unconventional Christmas song, and an unconventional song from the great Sir Paul McCartney. It`s not like the Beatles great to use a lot of synths, but this song is catchy and oddly beautiful none the less. I saved this one for last because Christmas is fun, just like this song. Also because Sir Paul is brilliant. I hope everyone has a lovely Holiday season. 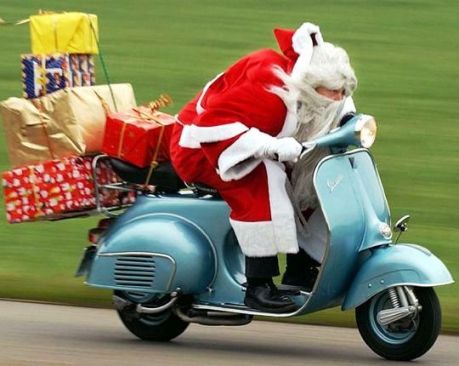 Ramones – Merry Christmas (I Don’t Want To Fight Tonight) (from the album Brain Drain, 1989 Sire)  There are certain bands that remind me or the best parts of my life. Simpler times; hanging out with friends, playing punk music, getting drunk at the park. One of these bands is the Ramones. Christmas is a time to reflect and be happy. Joey, Johnny, Dee Dee, Tommy, Marky and C.J. make me happy. These New York punk-rock legends only want one thing for Christmas, and that is for us to be happy. The Ramones want to wish you a Happy Holidays…three chords at a time. Although all the original members have passed on, the impact they left on music, and on my life, is undeniable.

Band Aid – Do They Know It’s Christmas? (from the single Do They Know It’s Christmas, 1984 Phonogram/Columbia) Some of the biggest acts in the United Kingdom got together in 1984 to raise money for famine relief in Africa. Contributors from bands like U2, Boomtown Rats, WHAM!, Duran Duran, The Police, Bananarama, Spandau Ballet, and Culture Club contributed to the song, which managed to bring in over ten million dollars during it’s first year of release. This song started a wave of celebrity collaborations and events to aid causes and charities all over the world. It may not be a traditional Christmas song, and may not be the most amazing song ever recorded, but it had heart, and all the right intentions. It’s crazy to think that this song is thirty years old. The cause is still going strong today with @BandAid30 .