“This town needs an enema!”

Batman (Directed by Tim Burton | starring Michael Keaton, Jack Nicholson) The first true comic book blockbuster, Batman still holds up today. I am not entirely sure on the exact number of times I saw the movie upon it’s release, but it is the most I’ve gone to see one movie in the cinema. With a flawless portrayal of the Joker by Nicholson, Batman is super stylish and one of my all-time favorites. 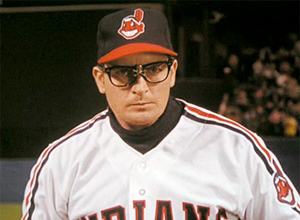 Major League (Directed by David S. Ward | starring Charlie Sheen, Tom Berenger) This movie is number 2, next to Slap Shot, as best sports comedy of all-time. A great cast and clever writing make this story of the downtrodden Cleveland Indians baseball clubs worst to first comeback story very enjoyable. It is very much an updated version of the Bad News Bears. This is a love story intended for every viewer who is a diehard fan of their home town team, even if the suck terribly. 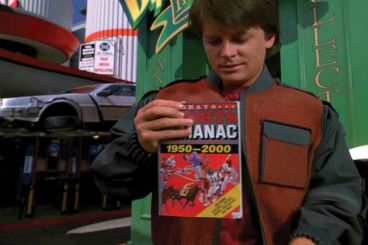 Back to the Future II (Directed by Robert Zemeckis | starring Michael J. Fox, Christopher Lloyd) The second of the time travel trilogy, this film is the glue that holds it together. I am not saying I don’t love the other two films, but Back to the Future II has a certain charm. The writing and references to the future are clever, and Biff Tannen is one of the all-time villains. Even though the Cubs did not win the World Series in 2015 like the film boldly predicted, it is still a hell of a time waster. 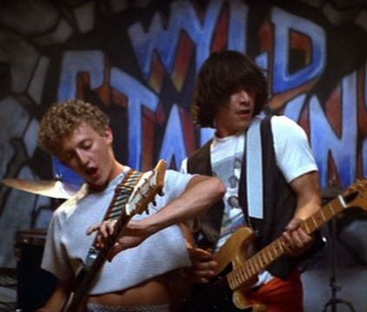 The Stones have nothing on the Stallyns!

Bill and Ted’s Excellent Adventure (Directed by Stephen Herek | starring Keanu Reeves, Alex Winter) In 1989, a gift was given to the world, and that gift was Keanu Reeves. This comedy features such names as Napoleon, Billy the Kid, Socrates, Genghis Khan, and George Carlin as Rufus. Bill and Ted travel time in a phone booth. Sound familiar? This excellent adventure features one of film’s greatest fictional bands; Wyld Stallyns. Good, mindless fun. You’d have to be a medieval dickweed not to enjoy and appreciate this history lesson. 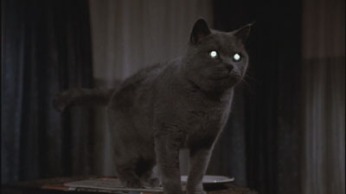 Pet Sematary (Directed by Mary Lambert | starring Denise Crosby, Fred Gwynn) This film is based on the Stephen King novel of the same name. In my opinion, this is the best of King’s work turned movie. I saw this one at a drive-inn double feature and it scared to crap out of me. Pet Sematary still has an unsettling effect on me. This film features a ghost, reanimation of dead things, a demonic house cat named Church, and a toddler on the loose with a scalpel.